This week I have been doing some work with the VMware vSphere 5.5 vCenter Server Appliance (5.5.0.5100 Build 1312297). During this testing I ran into problems setting up AD Authentication with a Windows 2012 domain within vCSA.  The message displayed was Error: Enabling Active Directory failed.

I carried out the normal checks:

To find out what situations caused this error I tired different AD configurations with vCSA. For this first installation the Domain and Forest functional level was Windows Server 2012. 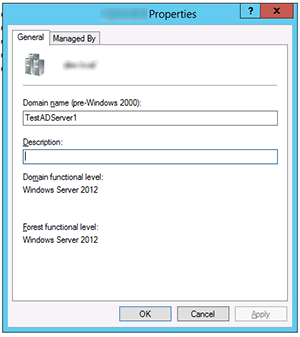 It would appear with the rewrite of SSO there are issues with Windows 2012 AD domains.

VMware have now looked at the issue and reviewed the log bundle from the vCenter. It's now being passed to the VMware core engineers as there is no known workaround. I will update this article when I have any more information or a workaround.